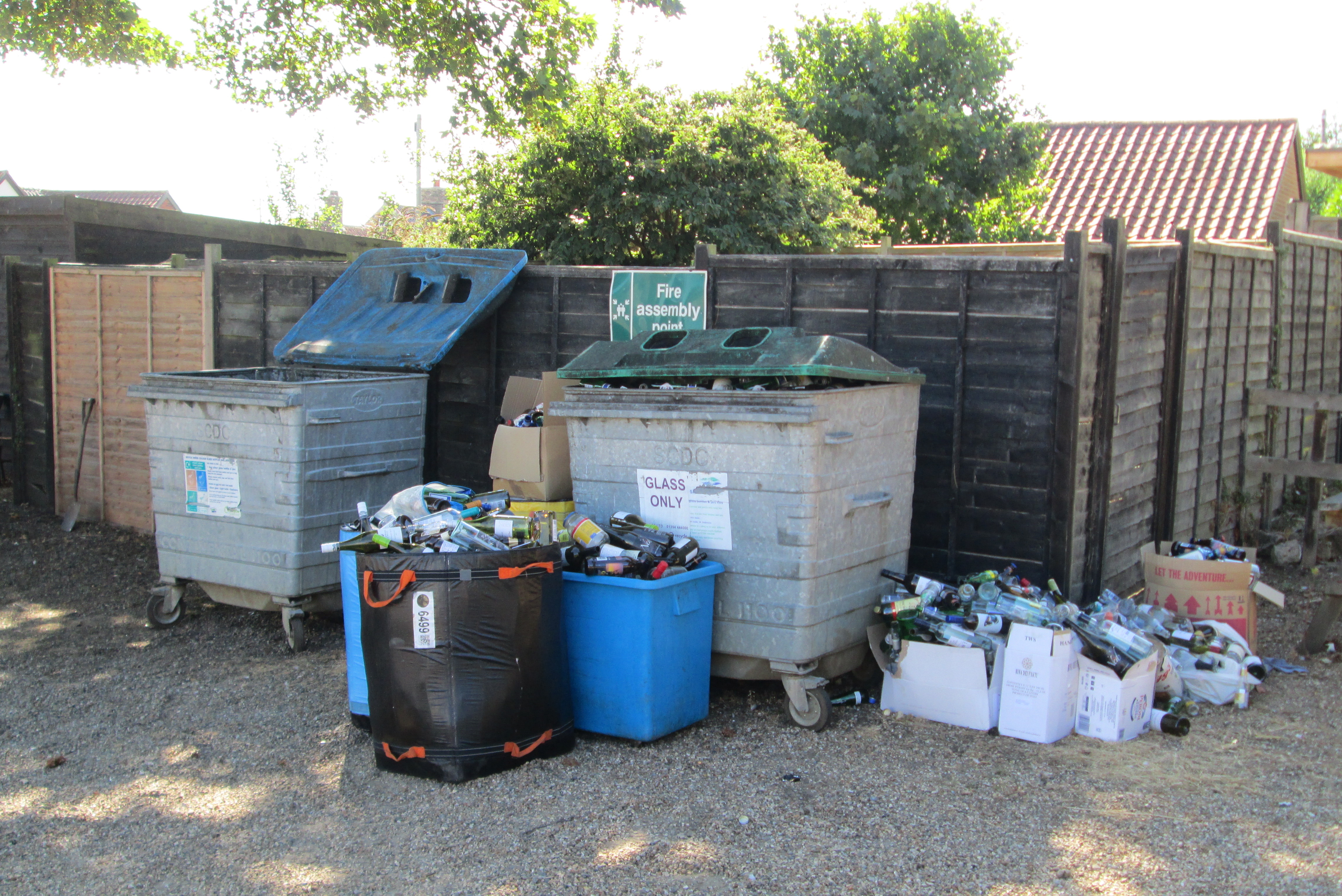 POSTED ON THURSDAY, 11th AUGUST AT 16:10
—
[This enquiry was prompted by the overflowing glass-bank (below), behind The Golden Key.]

You may be aware that in early February there was a fire at the Transfer Station on Ransomes Industrial Estate, Ipswich.  This unfortunate event resulted in the Transfer Station being closed entirely until the end of March.  Whilst most of the site is back up and running, the waste bays for glass-tipping remain unavailable.  We have recently been informed that the site should be fully reinstated in early September.

Due to this closure, Norse have been unable to tip at this facility, and have had to make the journey to the alternative tipping point in Lowestoft.  This has obviously had an impact on the collection on glass bins, which we have tried to minimise, but which I know has been frustrating.

Whilst we are now hopefully close to a solution, we are aware that there may be further problems during the holiday season — so we would still like to hear from Towns and Parishes about any missed glass collections or overflowing glass bins, and we ask that you bear with us whilst we continue to operate with this workaround.

Previous: The Walking Men on the move
Next: 10th Sept: Music at Mollett's