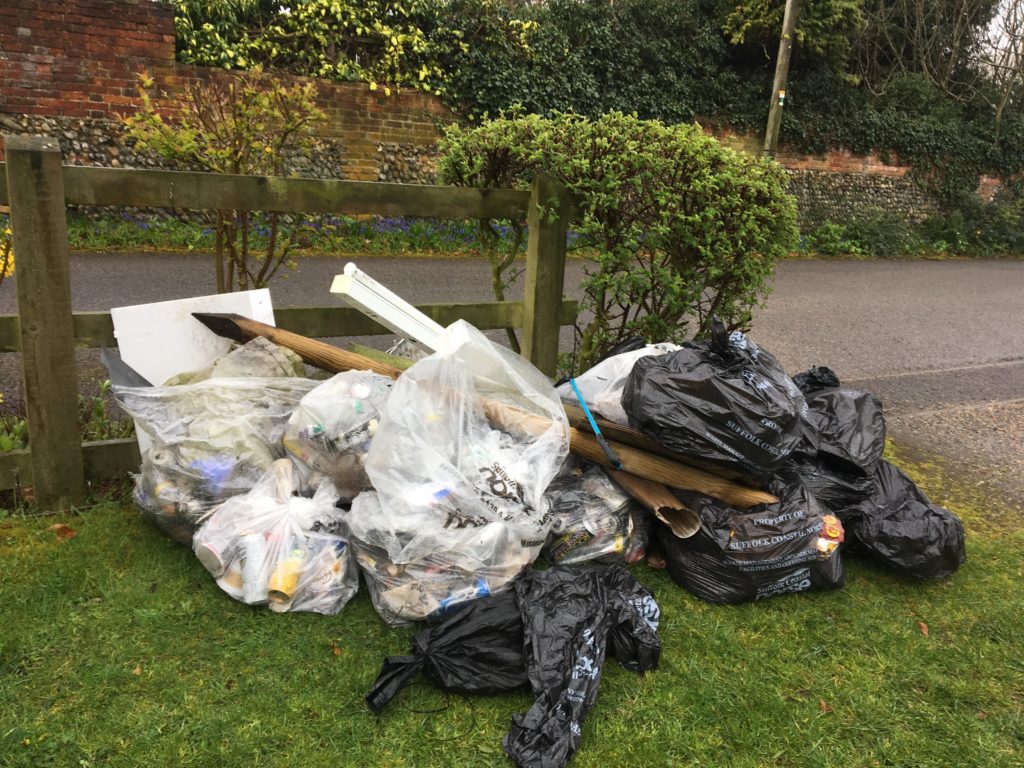 We had an excellent turn out of village residents, in spite of a less than clement day — more helpers than expected, which we on the Parish Council take as a sign of how much we care about the village, and the lovely walks and facilities on offer.

The picture shows the result of the collection, less than we have sometimes seen in the past.  Some of this may be due to the fact that, in previous years, quite a lot of rubbish has been removed which had obviously been discarded locally many years before.  We also noted that much of the rubbish collected did not originate in Snape.

It is also coming from people being much more conscious and sympathetic to the concept of keeping the locality tidy.

The children of Snape Community Primary School also have their own projects for keeping their environment clean, which instils the need to avoid leaving litter.

Snape is hugely popular with dog walkers and, unfortunately, it was obvious, during our efforts, that many dog owners do not clear or dispose of their dog’s waste.  Again, this is not all local people, but is sheer ignorance however one chooses look at it.