Q.  In 1848, what we now know as Priory Wood was the southern part of Smiths Grove, but why its name now?

A.  A little history about the naming of the wood by the original Committee that formed Snape Woodland Group will clarify a question that puzzles some …

One of the original Committee members of Snape Woodland Group was John Pryor, a retired Royal Navy Commander who spent four years of World War 2 as a POW in Germany.  John and his wife Mary moved into their bungalow home in Drury Park in the mid-1980s.  Both were extremely active in village life, and for some years John was an excellent Chair of Snape Parish Council.  John was active in all aspects of village life, and was a great friend to many people, whatever walk of life they came from.  He regularly made tea and coffee from his old bright blue Bedford motorhome at Margaret Bennett’s coffee morning, which over a number of years raised in excess of £10,000 for Snape School, the Methodist Chapel and Church.  John was active almost to the time of his death in April 2011.

John surveyed the Woodland site shortly after the lease was agreed with the landowner, and was actively involved in tree planting [during the Woodland Group's early days, around 2003-05].  John is dressed in the yellow coat in the muddy scene below.

The Committee discussed at some length what name should be given to the wood, and it was felt it should be named after John.  Unfortunately, being a very reserved man, he did not wish to be recognised this way.  Not wishing to offend John, the Committee decided to give it the name Priory Wood, thus achieving what was our intention, without offending him.

As many will be aware, the Hopkins Homes development, Pryor Close, was named after John and Mary.  The formal opening ceremony was performed by Mary on 26th February 2014.

In these modern times, not many inhabitants of Snape are resident long enough to give 25 years’ service to the community, and I sincerely hope the name of the Woodland site will long remain. 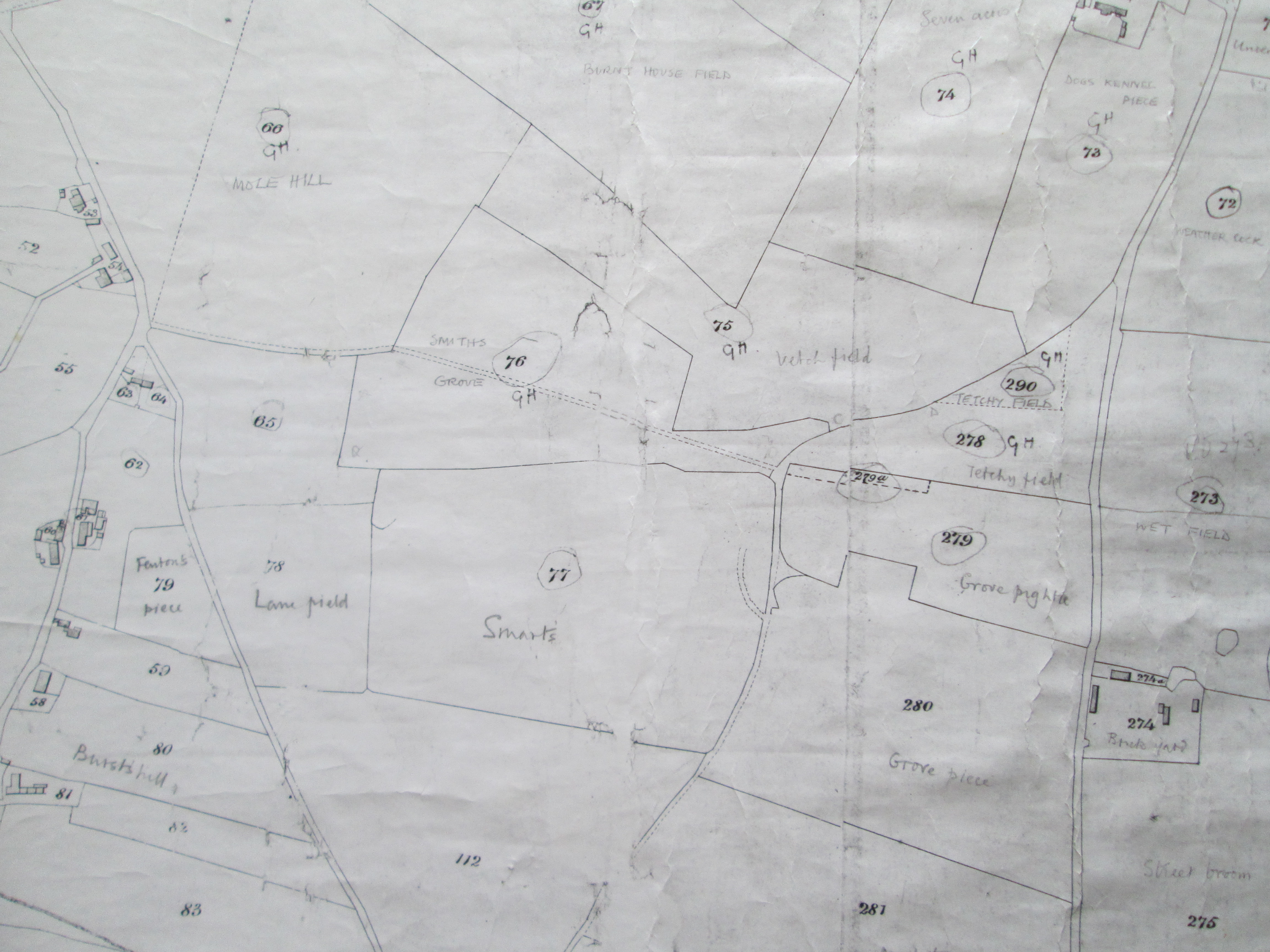 1848: showing Plot 76 (detail from the original tithe-map in the Snape Archive)