Snape Village Sign was dedicated on 10th October, 1987 in memory of Ken Haslam, a Snape resident.  The sign was designed by Jenny Toombs (of nearby Benhall) and made by Hector Moore at Brandeston Forge.  It symbolises various aspects of Snape, as described below.  These descriptions are based  on an article originally written by Jenny.

The Cross which surmounts the sign is based on the Consecration Cross, which is partially revealed to the inside left of the South Door of Snape’s Saint John the Baptist Church.  Jenny ‘completed’ it into a full circle, in order for Hector Moore to forge it into the Cross.

The Anglo-Saxon Ship, seen in the top-left quarter, refers to the Saxon burial-grounds along the Aldeburgh road.  These were the subject of a series of major ‘digs’ some years ago led by Mrs ‘Muffett’ Harrison and the archaeologist, William Filmer-Sankey.

The Monk commemorates a Benedictine Order in Snape, at the Priory of St.  Mary.  The remains of this Priory lie under the Chapel Fields.

The Bridge shown in the lower-left hand quarter was the old bridge, which was built in 1802 and demolished in 1960.  This was a great loss to the community.  So the story goes, Benjamin Britten, who had lived for a while at The Old Mill, loved the old bridge, and used many of the bricks to have a beautiful curved wall constructed in the grounds of the Red House, Aldeburgh, where he lived until his death in 1976.  The bus shelter close to the Church is also constructed from materials reclaimed from the bridge, which its roof design symbolises.

The Curlew symbolises his inspiration, drawn from the stunning countryside around the River Alde, for Britten's music drama «Curlew River», the first of his three «Parables for Church Performance».

The Supports of the Sign represent the reeds growing by the Alde, which are so typical of the area. 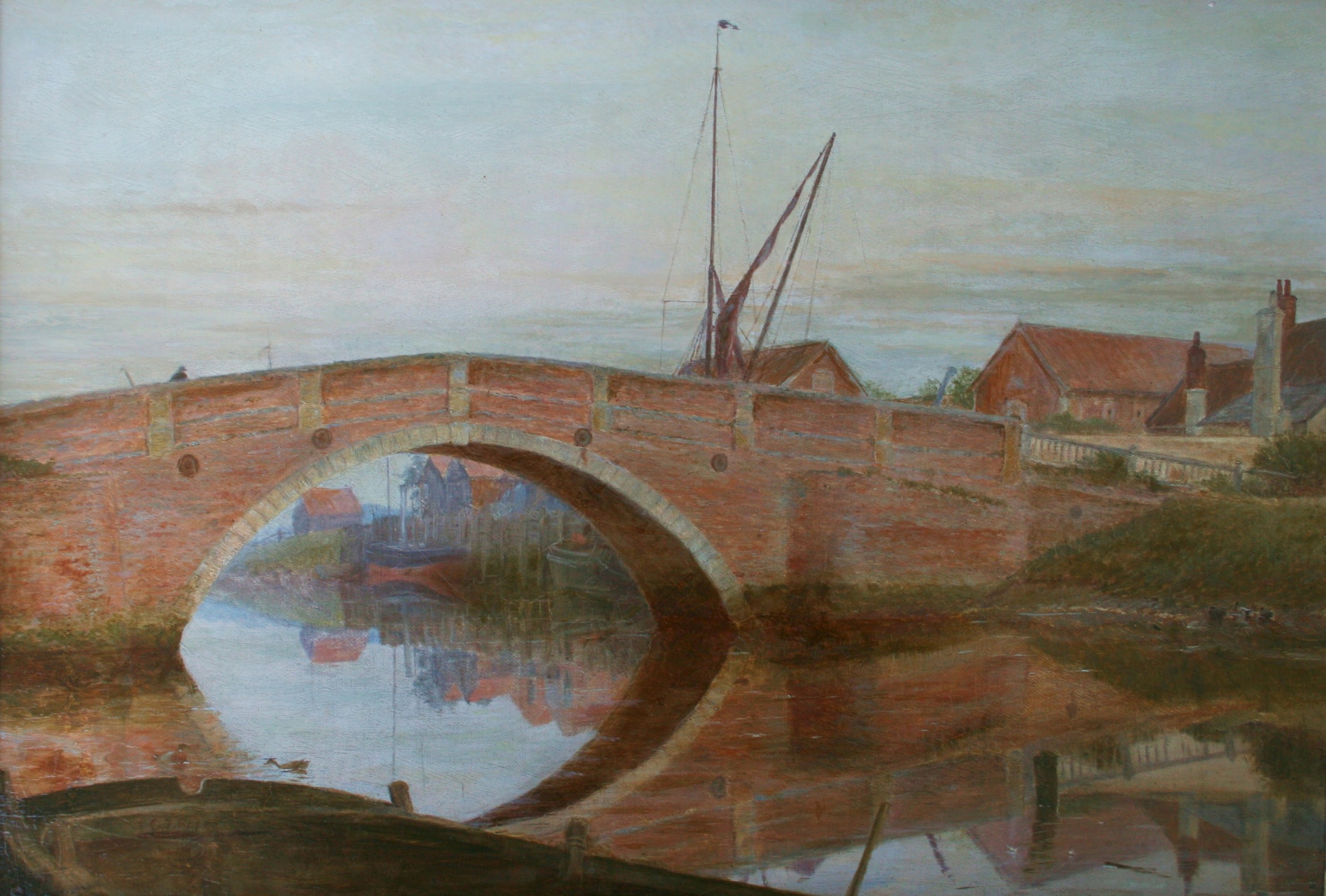